Word Sculptures of a Mystical Experience

I had just finished reading a book called Summerhill by an English schoolmaster, A.S. Neill. Its theme was freedom, not license. Each student in Neill’s school was free to do what he wanted as long as the conduct didn’t hurt someone else. The community Neill had created was a free, creative, loving, respectful, responsible interaction of unique human beings.

Recently, I’d been involved in disciplinary battles with my preschool sons. The battles resulted in increasingly destructive behavior in them and increased frustration in me. I decided to give Neill’s methods a try, with my own children and with other people in my life.

The man at the door wasn’t hurting me. I decided to allow him to vent his anger. I didn’t do it because it was something I ought to do. I did it because I chose to do it. I experienced acceptance of the anger and no desire to retaliate. Suddenly, the anger stopped.

Nothing changed. My house, the door, the living room, the man, were all still there, just as they had been five minutes before.

Yet everything changed. Suddenly, I understood the meaning of words I’d been taught as a child in Sunday School: “But I say unto you, that ye resist not evil; but whosoever shall smite thee on thy right cheek, turn to him the other also.” Matthew 5:39.

I couldn’t stop playing with these ideas. Was my life the same or was it different? Did I know or did I know nothing? I wasn’t sure.

My five-year-old son Bill began wetting the bed after his youngest brother was born. At first, I ignored the bedwetting. Perhaps it would disappear on its own. When it didn’t, I explained to Bill why he was too big a boy to wet the bed. The wetting continued. I reasoned with him, threatened him, screamed at him, and spanked him. The wetting continued. I felt angry and frustrated.

Neill frequently dealt with problem behavior by rewarding his students. While rewards for bad behavior didn’t make sense, nothing else had worked. Neill’s ideas had worked with the man at the door. I decided to try them with the bedwetting problem.

The next time Bill wet the bed, I gave him a penny. He stared at me in confusion. The following morning, his bed was dry. He never wet it again. My anger and frustration disappeared.

What a powerful tool! I began using Neill’s ideas with neighboring children.

One day, two children were calling each other names in the back yard and threatening to fight. Instead of trying to stop them, I took each aside and asked him if he wanted to fight.

“I don’t want to fight,” each responded, “but he’s making me do it. He’s calling me names.”

The boys mumbled to themselves and looked at the ground. Two minutes later, they were happily playing together.

I had always understood Matthew 5:39 as an unattainable moral commandment, requiring subservience of my own needs to the needs of others. It wasn’t that at all. It was extremely effective action I could take all by myself, that benefited both me and others. There was no self-denial in that action. There was nothing but self-affirmation and life affirmation. I had never before felt so free, so strong, so powerful, so integrated, so fully in control.

Nothing outside me changed. The only thing that changed was my own thoughts, actions, and emotions.

What I experienced has been called a “mystical experience”. As a child, I had been taught to doubt, question, and trust my own judgment. My upbringing didn’t include education about mystical experiences, but I knew those experiences dominated many religions. As I read William James’ “Varieties of Religious Experience”, and texts from Christianity, Buddhism, Zen Buddhism, Confucianism, Taoism, Islam, Hinduism, Plato, and existentialist philosophers, I could recognize my own experience in all the different words.

It was as if different people were describing the same beautiful flower garden. Some talked about roses, some spoke of delphiniums, some noticed the color patterns, some focused on the trellises and paths. If I hadn’t seen the flower garden and were just listening to the words, I would have thought the people were talking about different things. Having seen the flower garden, I knew they were all giving verbal structure and form to the same underlying experience, just as our minds give form and meaning to the fixed lines of optical illusions.

Are the religious words true, or is each set of words simply a finger pointing at the moon? Is there a sense in which words are false idols? Does the meaning of each set of words depend on the human consciousness that hears them and uses them?

The last great frontier is shifting human consciousness. Peace will happen only when each of us takes responsibility for creating it in our own lives.

IT IS ALL VERY SIMPLE

But we need all of us.

It is all very simple.
We all matter. 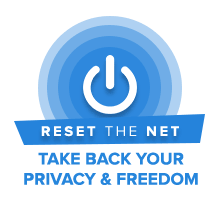